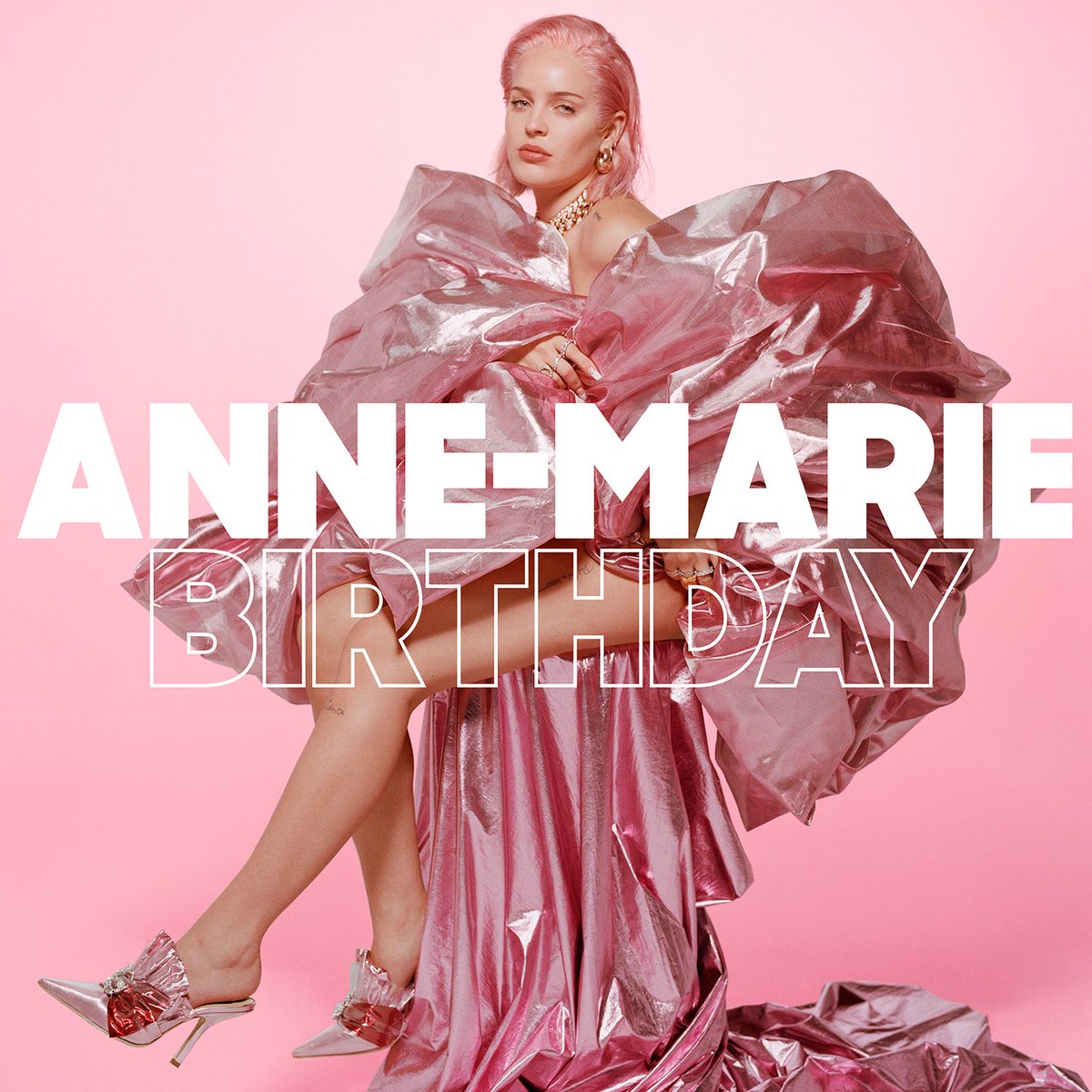 Pop powerhouse Anne-Marie returns with her brand-new single “Birthday”, which is released today through Major Toms/Asylum alongside the official video – watch it here.

“Birthday” is an assured slice of empowering pop that exudes Anne-Marie’s much-loved mischievous personality and renowned vocals. Her first musical output in a little over a year, the global star – who has now amassed over ten billion streams – co-wrote the birthday anthem with Delacey (Halsey, Zara Larsson) and Oak (Demi Lovato, Lizzo, Ariana Grande), with the latter also lending his name to production.

The accompanying official video – a modern-day nod to Cinderella – has been directed Hannah Lux Davis (Anne-Marie, Ariana Grande) with creative direction coming from Kate Moross (Spice Girls, Sam Smith). A wonderfully shot, playful visual, the video sees Anne-Marie celebrating her birthday like a princess, complete with a lavish, show-stealing ball gown and dancing in a huge, opulent drawing room. But at the stroke of midnight, she finds herself back in more modest surroundings at home, celebrating with her friends.

With a pop CV spanning 2 x Double Platinum, 2 x Platinum, 2 x Gold and 6 x Silver UK certified singles, Anne-Marie has proved to be one of the UK’s most exciting, dynamic and successful British breakthrough popstars of recent years. A former 3 x world karate champion and West End child star-turned-9 x BRIT Award nominee, A-M’s rise has been nothing short of meteoric. The singer and co-writer behind a swarm of hit records – ‘Alarm’, ‘Ciao Adios’, ‘Rockabye’, ‘FRIENDS’ and ‘2002’ – Anne-Marie released her critically-acclaimed debut album, ‘Speak Your Mind’, in 2018. The record ended that year as the UK’s biggest-selling debut album, which has since gone on to sell well over two million copies globally, and a quarter of a million in her home market [the album has earned 1 x Diamond, 8 x Platinum and 7 x Gold certifications, worldwide]. Throw in a sold-out headline shows and stadium dates supporting long-time friend and champion Ed Sheeran, 2020 is Anne-Marie’s for the taking.