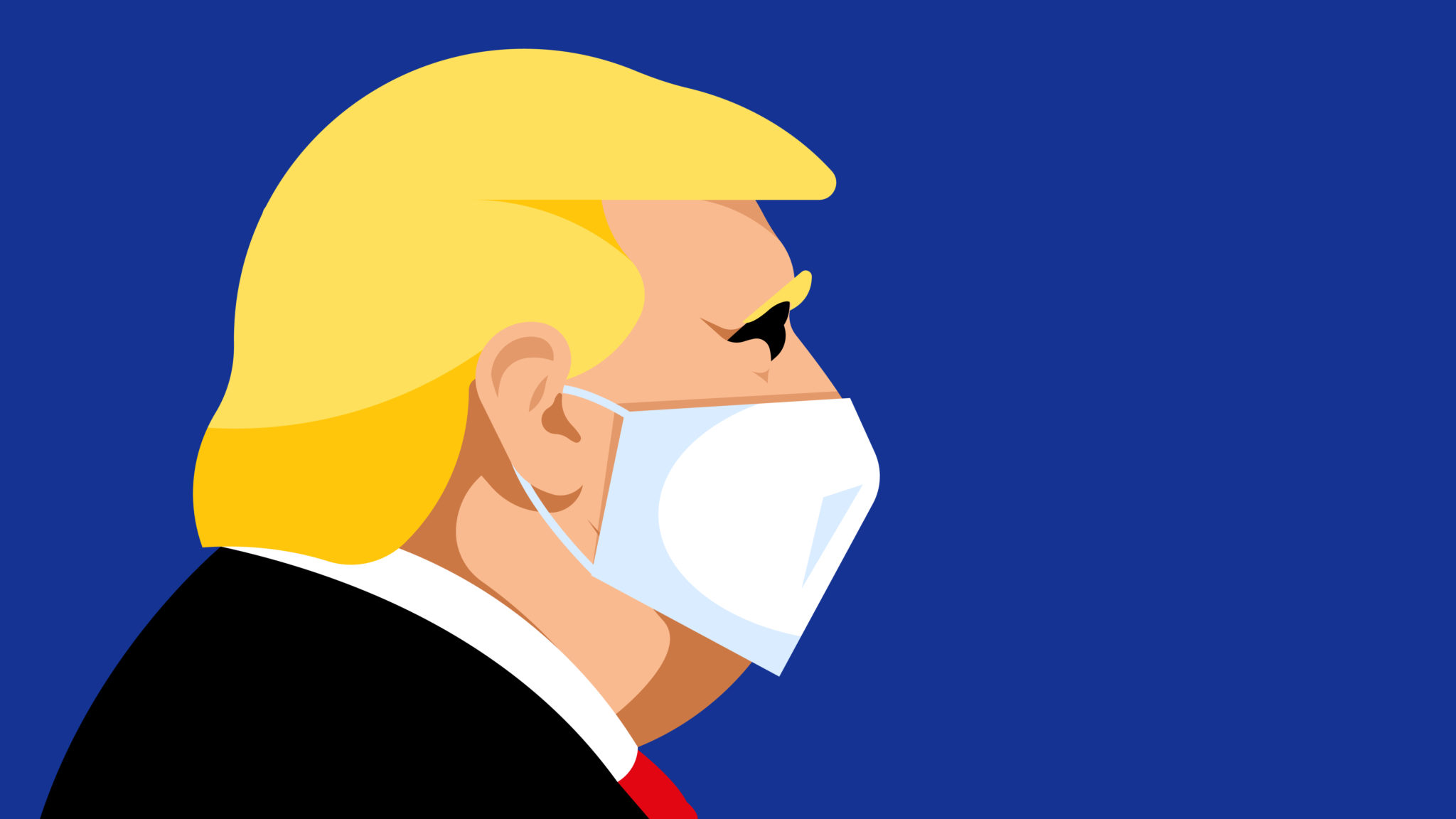 On Sep 26th, to replace RBG, Trump elects Amy Barrett. Trump hosted a large gathering in the Rose Garden for her nomination to the Supreme Court, where there was little social distancing, minimal mask usage, and a part of the event was indoors.

He also travels to Middletown Pennsylvania for an outdoor rally.

On Sep 29th, the presidential debate took place. The debate was a huge disappointment for the American people, but that’s another discussion. Trump travels to Cleveland for the debate, where he mocks Biden for wearing a mask too often while he and his family are not wearing masks.

On Oct 1st, The White House learns Advisor Hope Hicks (mentioned on Sep 27th) tested positive for coronavirus, just as Trump was leaving for a campaign fundraiser in New Jersey.

The Trump campaign takes place anyways with the New Jersey fundraiser, despite knowing the President had been exposed to COVID-19.

On Oct 2nd, at 1 a.m. EST, Trump sends out a tweet that he and Melania Trump have tested positive for COVID-19.

Chief of Staff Mark Meadows tells reporters the President was experiencing “mild” symptoms, saying that he will continue doing his job and have a quick recovery.

On Oct 3rd, White House Physician Sean Conley says Trump is doing very well in a press conference, while Chief of Staff Mark Meadows tells reporters Trump’s vital signs were “very concerning” and there is “no clear path to a full recovery.”

On Oct 4th, Conley finally gives more details about Trump’s symptoms—the President had a fever on Friday and low blood oxygen levels on Friday before he left for Walter Reed and again on Saturday. Conley says Trump is getting treated with the steroid dexamethasone, but his overall health is improving.

Trump leaves the hospital to wave to supporters from an SUV outside Walter Reed, a move slammed by some health experts who said Trump risked exposing secret service agents to the virus.

On Oct 5th, Trump announces his own discharge from the hospital and tells the public, “Don’t be afraid of COVID.”

Conley says he supports the President leaving the hospital, saying Trump “met or exceeded all standard hospital discharge criteria,” though isn’t entirely “out of the woods yet.”

In a video filmed at the White House, Trump jokes that he is immune and continues to make fun of the pandemic and encourages Americans to “get out there.”

On Oct 6th, Conley says Trump is feeling “extremely well,”and  is not reporting any COVID-19 symptoms.

On Oct 7th, Conley wrote a brief update on Wednesday that Trump has not suffered from coronavirus symptoms for more than 24 hours and has normal oxygen saturation levels.

On Oct 8th, Conley says Trump has completed his COVID-19 treatment and can return to public engagements on Saturday.

Since this timeline, Trump has returned to his public engagement schedule and continues in his election battle.

Auleena Das is a new member of the TeenZone team and we couldn’t be more excited to have her with us. Look out for her topical articles here online.