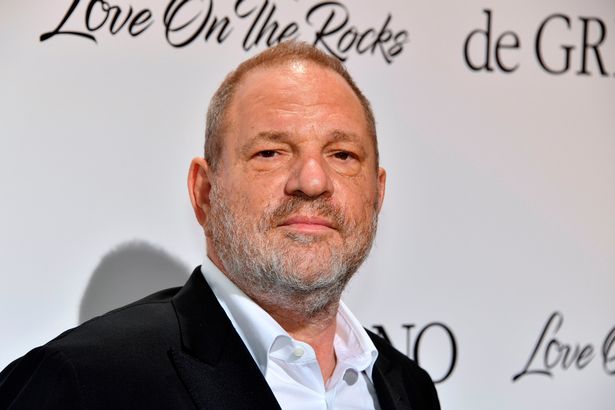 Movie Mogul Harvey Weinstein was fired Sunday after the New York Times published allegations from several women who said he sexually harassed them. It was claimed he reached at least eight settlements with women including one who alleged she was coerced into giving him a massage while he was naked. The report also said US film producer Weinstein paid Rose McGowan , 44, around £75,000 to settle an incident in a hotel room shortly before her breakthrough role in 1996 film Scream.

Now, the likes of Gwyneth Paltrow and Angelina Jolie have come forward with allegations of their own. Both have said that his behaviour was unacceptable and unwanted. Terry Crews recalled an incident that occurred last year with his wife:

“This whole thing with Harvey Weinstein is giving me PTSD. Why? Because this kind of thing happened to ME. My wife n I were at a Hollywood function last year n a high level Hollywood executive came over 2 me and groped my privates. Jumping back I said What are you doing?! My wife saw everything n we looked at him like he was crazy. He just grinned like a jerk. I was going to kick his ass right then— but I thought twice about how the whole thing would appear… ‘240 lbs. Black Man stomps out Hollywood Honcho’ would be the headline the next day. Only I probably wouldn’t have been able to read it because I WOULD HAVE BEEN IN JAIL. So we left. That night and the next day I talked to everyone I knew that worked with him about what happened… He called me the next day with an apology but never really explained why he did what he did.”

Actress Ashley Judd claimed he pestered her, including asking her to watch him shower 20 years ago. She said:

“I said no a lot of times, and he always came back at me… It was… coercive bargaining.”

Weinstein’s wife has confirmed she is leaving him amid his sexual harassment scandal. Marchesa fashion boss Georgina Chapman said her “heart breaks for all the women who have suffered tremendous pain” because of her husband’s “unforgivable actions. In a statement to PEOPLE, Chapman, 41, said:

“My heart breaks for all the women who have suffered tremendous pain because of these unforgivable actions. I have chosen to leave my husband. Caring for my young children is my first priority and I ask the media for privacy at this time.”