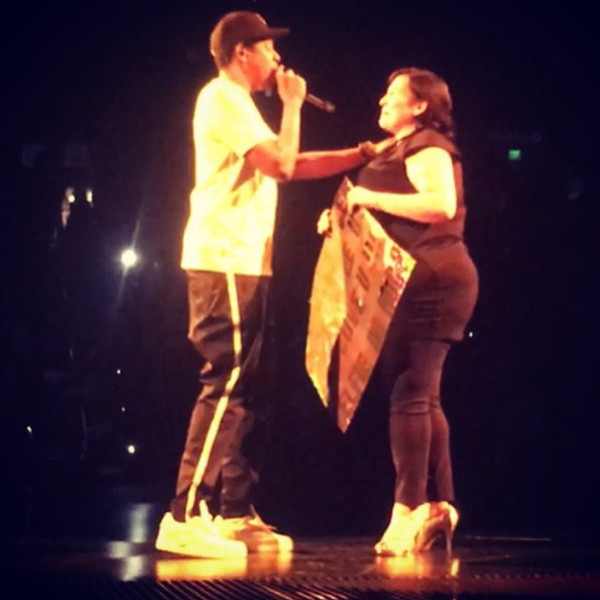 Jay-Z halted one of his shows at Oracle Arena in Oakland, California to bring up Christina Cruz. Christina caught Jay-Z’s attention when she held up a sign that stated she’d beaten cancer not once, but twice. He stopped the concert to speak to the brave woman. In a video, he read aloud the glittering sign that said, “I Beat Cancer 2X 2 C U! I LOVE U!!! SELFIE OR HUG?”

Did Beyoncé ink over her and Jay-Z’s matching tattoo?

In front of the crowd, Jay-Z said to the woman, “You beat cancer twice I gotta give you at least a hug.” The excited fan hugged her idol and even got to have a brief on-stage chat with the seasoned performer. Christina took to social media afterwards to post images from the memorable night and wrote, “I can’t believe he pulled me on stage and I got to hug him not once but twice!!! Truly a dream come true!! Thank you Jay-Z!!!!”

Zayn Malik gets a tattoo with a special meaning, on his head
Joe Jonas gushes about being engaged to Sophie Turner
Advertisement