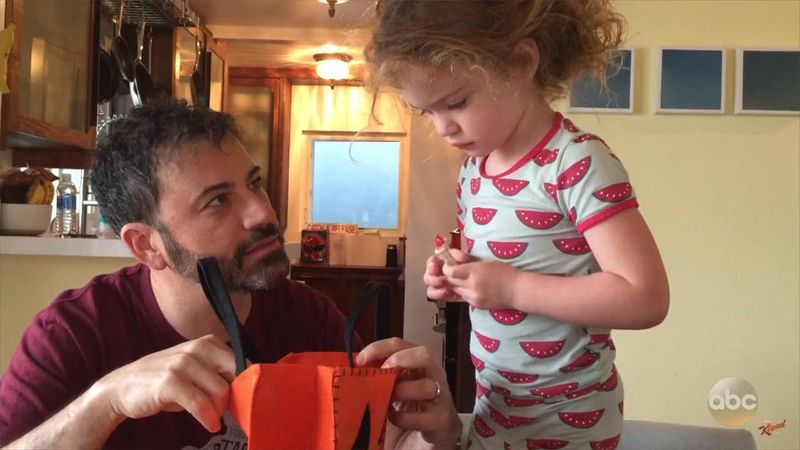 Late-night talk-show host Jimmy Kimmel asked parents across America to trick their little ones and tell them they ate their Halloween candy. Moms and dads across America got involved and even celebrities got in on the fun.

While serving as Jimmy Kimmel Live‘s guest host, Channing Tatum showed a video of him pranking his four-year-old daughter Everly. After Tatum told his daughter he ate all her candy, Everly turned her back on her father and shuffled over to her mom Jenna Dewan Tatum. She then grabbed her mom’s legs and started to sniffle. When Channing came clean, Everly clearly didn’t think the joke was very amusing. She said: “Dad, that’s not funny.” Channing mentioned on the show that he hopes she forgives him one day.

Pink, who made a guest appearance on the show, said she tried to pull the same stunt on her daughter Willow; however, her savvy six year old didn’t fall for the trick. The singer showed a video of her husband breaking the news to their eldest child. When Willow heard her father’s fake candy confession, she said, “Give me my candy,” and threw her trick-or-treating bag at her father.

Kimmel decided to pull the same prank on his daughter Jane. At first, the three year old didn’t seem bothered that her father allegedly ate all her candy. Once Kimmel started detailing all of the sweets he stole, she started to become a bit more disheartened by the news.