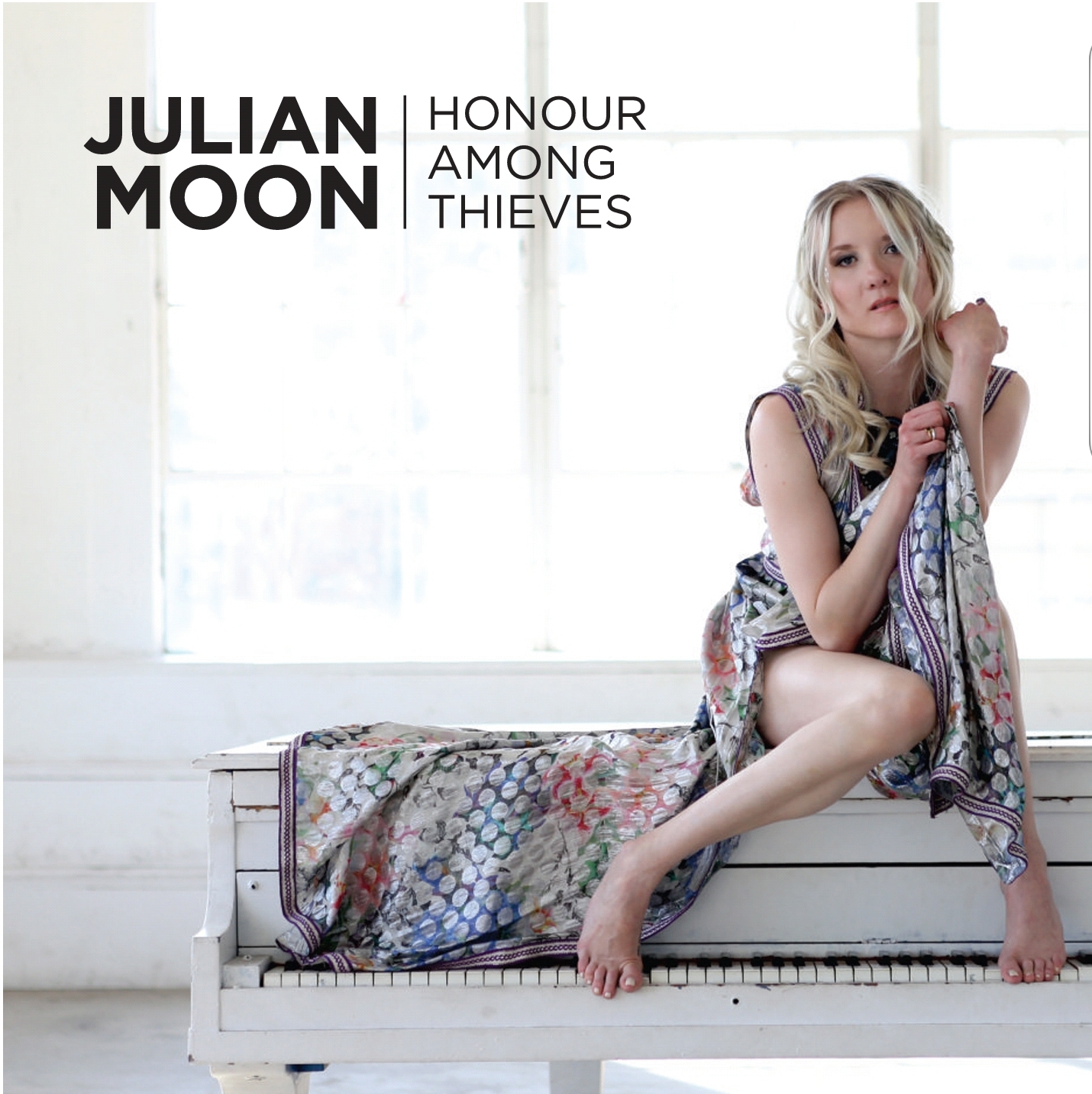 Talented American singer and songwriter, Julian Moon (29), will release her first single, Honour Among Thieves, to South African radio stations during the week of 25 September 2019.  This single is taken off her brand new second album, Pomegranate Seeds which is also available on all digital platforms now.

Moon was just 23-yrs-old when she signed a record deal with Warner Brothers Records, United States. She quickly amassed record breaking downloads from her first album, Good Girl (2015), selling up to one million copies on Spotify and has grown in popularity over other platforms like iTunes and YouTube.

The young star credits her life experiences as the source of inspiration for hit songs like Cup of Coffee and One Penny from her first album, saying that Pomegranate Seeds (2006) was “different”, because it was an evolution of her style and where she is at in her life.

“It’s amazing how well Pomegranate Seeds was received, because it’s so different from Good Girl. I got inspired with it after some traveling and it just came to me. I think the first album was more the teenage version of me, because I was focused on being sweet, clever and witty. This second album feels more authentic. There is also the fact that this was an independent album and I felt like I could play more creatively with it, which is really nice,” said Moon.

She added that she and John Gilbertson, Brian Adam’s former sound engineer wrote many of the tracks together, including the single Honour Among Thieves, which they co-wrote in a day. Gilbertson also produced the album and inspired Moon to be different. The new EP (extended play) album is about the Greek myth of Persephone (daughter of Zeus), which Moon feels is a metaphorical representation of her life. The now 29-year-old is currently producing and directing a music video for her single, Siren Song as well.

“I am very lucky to have worked with John who is just so talented in what he does and very experienced. I am also very grateful to filmmaker and fashion designer, Angie Piccirillo from Neon Soap Box, Los Angeles for her art direction, visuals and photography lead on my album. I don’t think I would have been as creative as she was with everything,” laughed Moon.

Moon attended Loyola Marymount University for her undergraduate degree in screenwriting and is currently studying psychology. She has never studied music officially, but feels as though she has studied it unofficially all the time.

Thinking back to her childhood and her journey with music, Moon describes herself as having been “an awkward kid in high school and very shy”.

“One day I picked up my father’s guitar and started to teach myself songs from my favourite singer Jason Mraz. After learning a few of his songs, I started writing my own. Writing songs really helped me to express what I was thinking and feeling,” she said.