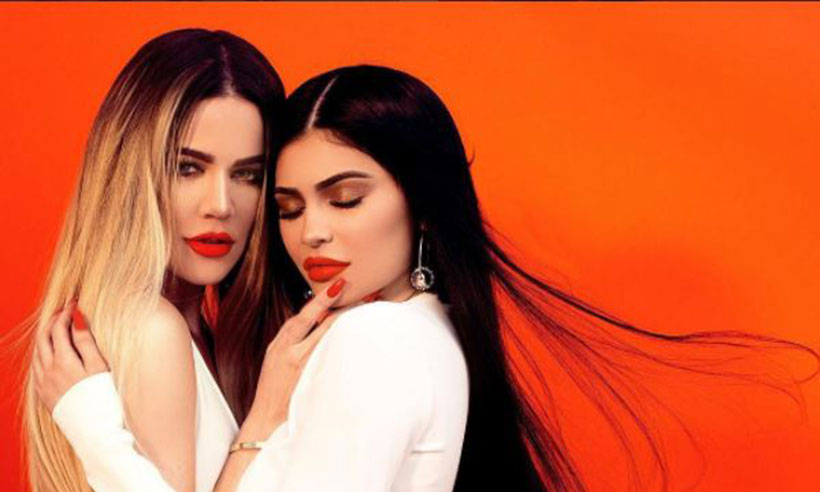 For months, fans and media have been speculating that Khloe Kardashian and Kylie Jenner are both pregnant. No member of the family has officially addressed the rumours and it seems Khloe and Kylie also aren’t planning to. Kim Kardashian accidentally let slip the sex of her third child (via surrogate) on The Ellen Degeneres Show earlier this week. Ellen tried her best to get more information out of Kim regarding the rumours surrounding her younger sisters but Kim was tight-lipped about it all, stating:

“We just decided there’s so much that goes on that we respect each other’s right to speak for themselves, so I will speak about myself. Hopefully they can come on and address whatever rumors you might have.”

Kim Kardashian announces the sex of her third baby!

Pictures about Khloe’s ‘pregnancy belly’ spewed across tabloids towards the end of October. Khloe’s figure is normally in top form so people are speculating that her tummy bulge is evidence of her pregnancy as it is impossible at this point to think that Khloe has decided to let herself go.

The Kardashian and Jenner clan are all fans of tight-fitting clothing and yet Khloe and Kylie have been spotted out and about sporting baggy clothing. If it’s a new trend then we’re totally for it but it seems like there might be a little more behind it…Our cynical side is also telling us that this ENTIRE build-up could just be a publicity stunt. The two could be milking the situation, throwing fuel on the fire by opting for loose-fitting clothing. What are your thoughts?