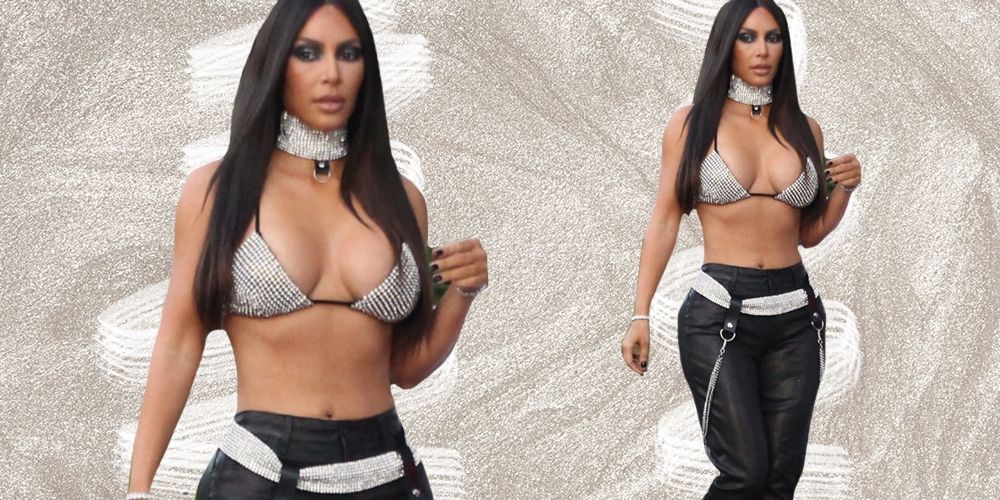 Earlier this week, Kim Kardashian celebrated Halloween by dressing up as Cher and Madonna but it seems like her portrayal of Aaliyah might have angered a few fans and followers. In a new post on her website, Kim explained her intention behind the costume. She also apologised if it hurt anyone’s feelings:

“Aaliyah was such an amazing singer and she will forever be a music legend. I saw online that some people thought my costume was in poor taste and I am truly sorry if that offended anyone. When I was creating the costume, I wasn’t dressing up as a race or culture but rather as a woman whom I will always admire. I play every kind of genre of music in my home and I like for my kids to be exposed to many different artists. For me, it’s always about love and respect. I loved that Kourtney was Michael Jackson for one of her costumes, and that my son was Axl Rose. We don’t see color in my home. We were paying homage to people and artists we love and respect— it’s that simple!”

Before tragically dying in a plane crash over the Bahamas at the age of 22, Aaliyah’s hits included Rock the Boat, Are You Somebody, and Try Again (which earned her a Grammy Award nomination). Some people felt that Kim dressing up like a black person, when she is not black, insensitive. Others went as far as labeling the outfit choice as an act of culture appropriation.