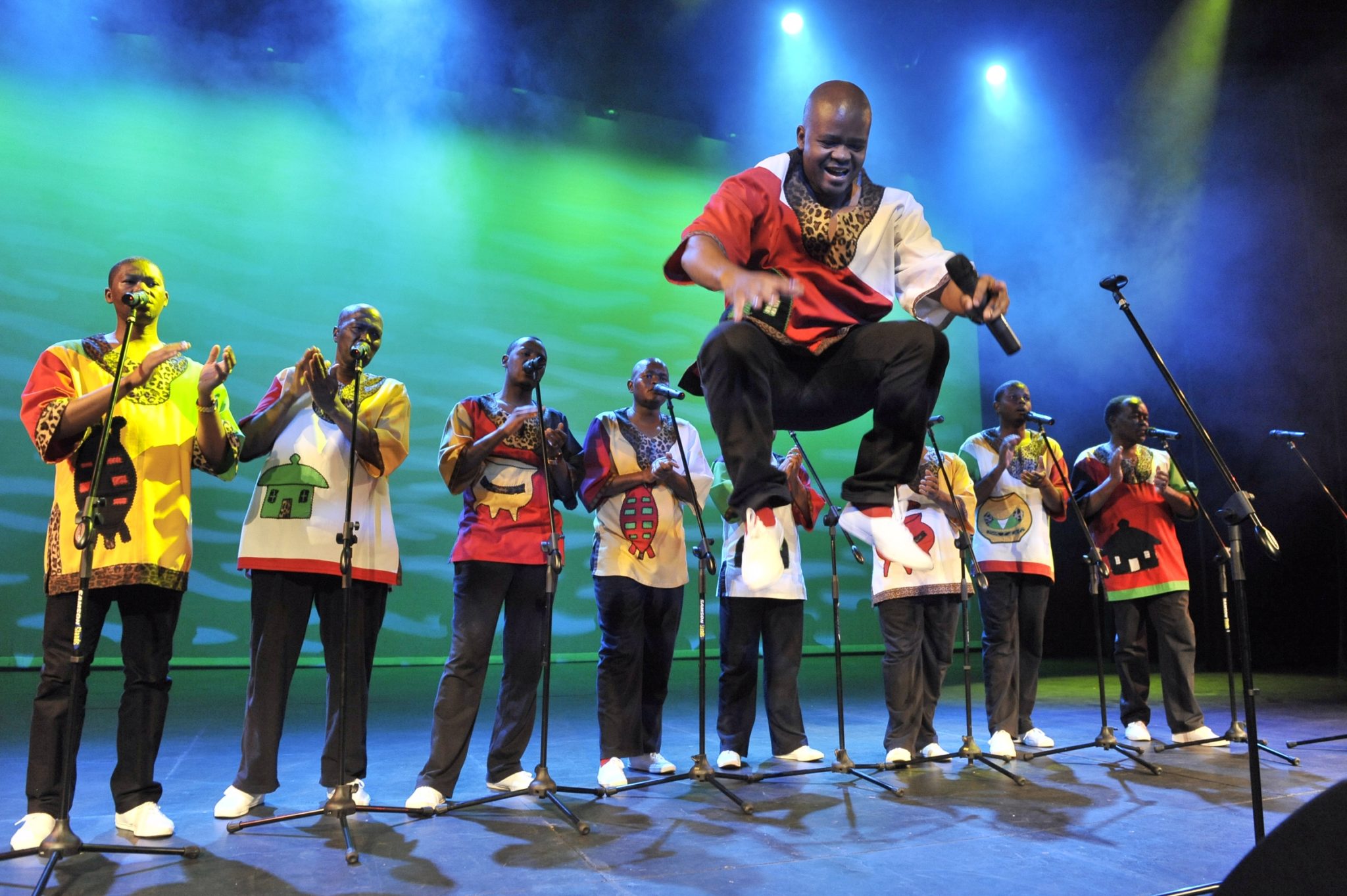 History was made this year when Ladysmith Black Mambazo won their 5th Grammy Award for their latest album, Shaka Zulu Revisited. Ladysmith Black Mambazo are currently wrapping up their three-month long US tour, but on Thursday, 12 April they return to KZN and the people of Durban are invited to celebrate the Grammy win with the group as they parade the streets of the city on a rikshaw. This parade will start at 10:00 am and end at 1:00pm at The City Hall where city officials will address the public and there will be a short performance by Ladysmith Black Mambazo.
Ladysmith Black Mambazo were nominated twice at the Grammy’s this year and won the Best World Music award. They will be coming home for the first time after winning this prestigious award, so there is plenty to celebrate!
Ladysmith Black Mambazo are the official partners and ambassadors of the City of Durban. They will continue to fly the South Africa and Durban flags high when they travel to the UK to perform at The Queen’s birthday ceremony in London this month.  On the 19th of April, they will then start a month long European tour.
The group will be back in the country for the The Bassline Fest at Constitution Hill in Johannesburg on Saturday, 26 May. On the 1st, 2nd and 3rd of June, Ladysmith Black Mambazo will perform in honour of Nelson Mandela at Pretoria’s State Theatre.
Ladysmith Black Mambazo is celebrating 58 years in the music industry, and dedicate their latest Grammy award to the late world icon, the former President Nelson Mandela. The group is regarded as a mobile academy of South African cultural heritage through their African indigenous isicathamiya music. Most importantly, the group also salute and dedicate this award to its founder, Professor Joseph Shabalala who led this group from the dusty streets of Ladysmith to global prominence.
Do what you can to get to one of these events and see the marvellous Ladysmith Black Mambazo perform:
PARADE THROUGH DURBAN, THURSDAY 12 APRIL, STARTING 10:00 AM, CITY HALL
26 MAY PERFORMANCE AT BASSLINE FEST AT CONSTITUTION HILL, JOHANNESBURG
1,2, 3 JUNE STATE THEATRE, PRETORIA, SHOW IN HONOUR OF NELSON MANDELA

An outside perspective on longboarding – the exciting, new sport
Got the study blues? Turn down Bieber and pump Bach…
Advertisement