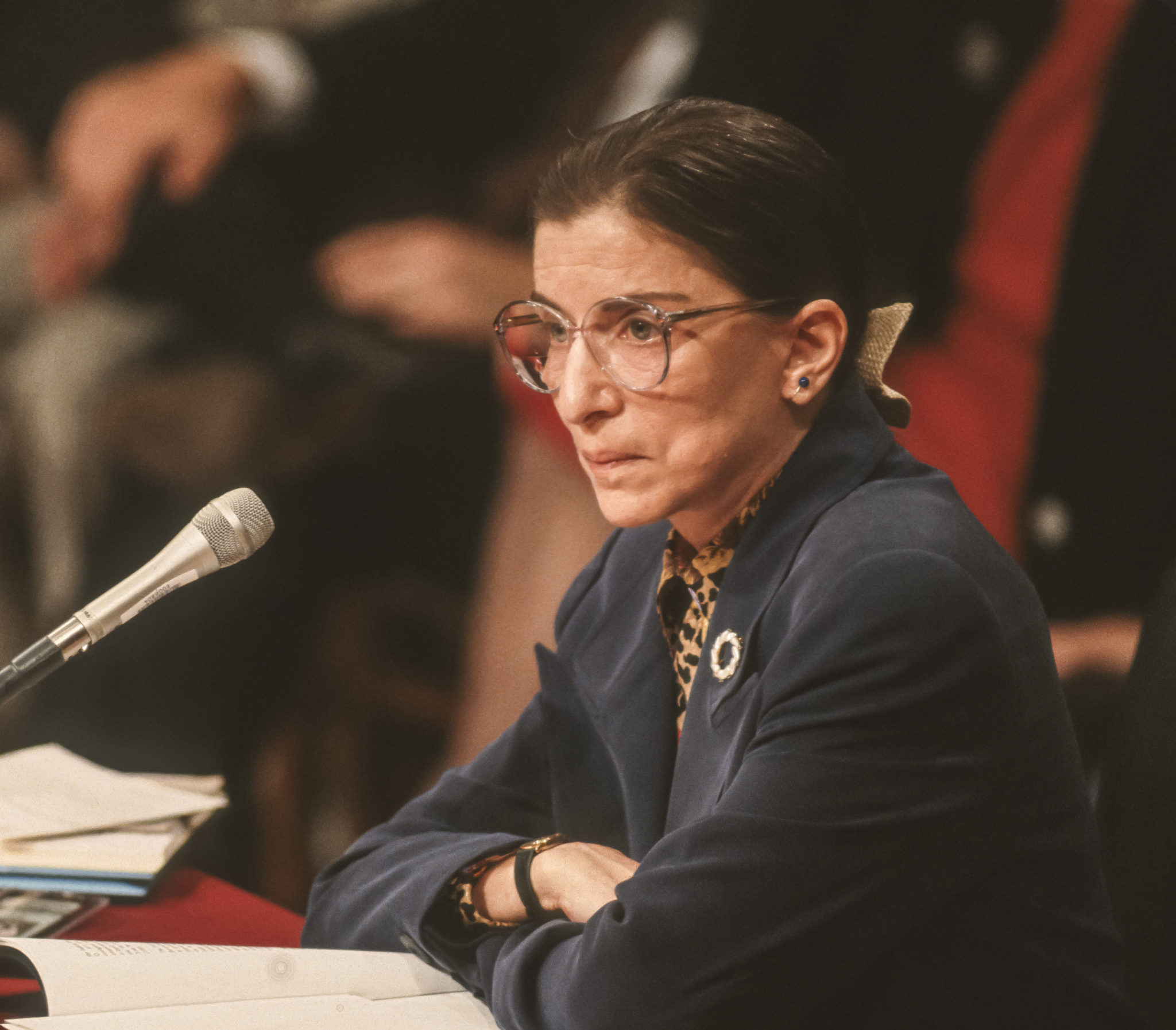 Ruth Bader Ginsburg has been a pioneer for gender equality throughout her distinguished career. In her own words, “The study of law was unusual for women of my generation. For most girls growing up in the ’40s, the most important degree was not your B.A., but your M.R.S.”

At first, Ruth had no intentions of being an activist: she simply had an interest in law. The treatment she received at her school, however, is what propelled her feminst agenda. At Harvard, Ginsburg  was one of nine females in a 500-person class. A professor even asked her why she was taking up a seat that a man could use. Nevertheless, she excelled. She served as the first female member of the Harvard Law Review. She was the top student at Harvard and at Columbia Law School. Regardless of her achievements, when Supreme Court Justice Felix Frankfurter was told to take her for a clerkship, he refused, saying he wanted a man, despite her being in the top ranks. She went through so many hardships like this. During the summer of her second year in high school, for example, Ginsberg interned for a top New York law firm, and while she did good work, she wasn’t offered a job; neither was she accepted at any of the firms she applied for.

Finally, Ginsburg was hired to clerk for Judge Edmund L. Palmieri of the U.S. District Court for the Southern District of New York from 1959 to 1961. She received offers from law firms after that job, but she chose to work on Columbia Law School’s International Procedure Project instead.

Ginsburg then joined the faculty of Rutgers Law School in 1963, continuing in academia, but her sex put her at a disadvantage yet again, as she was getting paid less than her male counterparts. She joined an equal pay campaign, which resulted in substantial raises for the woman working there. At Rutgers, she had to hide her pregnancy as they looked down on working pregnant women. Advocating against pregnancy discrimination was another case she fought for. Ginsburg began to handle sex discrimination complaints. She, along with her supporters, friends, and fellow advocates, Kenyon and Murraythen, began the ACLU Women’s Rights Project in 1972 to remove barriers for women in the workplace. The ACLU is still very active and fights to protect immigrants, get people of out jail, fight against sexual harassment, and protect abortion rights. Ginsburg also directed the influential Women’s Rights Project of the American Civil Liberties Union during the 1970s. In this position, she led the fight against gender discrimination and successfully argued six landmark cases before the U.S. Supreme Court: Duren v Missouri, Califano v Goldfarb, Edwards v Healy, Weinberger v Wiesenfeld, Khan v Shevin, and Frontiero v Richardson (cases mentioned below).

Jimmy Carter, the 39th US President, was in awe of her clear skill. Ginsburg accepted Jimmy Carter’s appointment to the U.S. Court of Appeals for the District of Columbia in 1980. She served on the court for thirteen years until 1993, when Bill Clinton appointed her to the Supreme Court of the United States. She was the second woman ever to be on this board. She used her new status to continue her fight for equality. She fought (and won) in the United States v Virginia case, in which she said that women who were able should be admitted into the Virginia Military Institution. She even worked with President Obama to pass the very first piece of legislation he signed, the Lilly Ledbetter Fair Pay Act of 2009, which prohibited sex-based wage discrimination.

Jackson County automatically exempted women from jury duty upon request. This violates the Sixth and Fourteenth Amendment, which guarantees a trial by a jury chosen to represent the entire community. While women made up 54% of the population in Jackson County, only 26.7% of people summoned from the jury wheel were women. Does that represent the whole community?

This case was for a widower who applied for survivor’s benefits under the Social Security Act. Even though his wife had paid Social Security taxes for 25 years, his application was denied. To be eligible for benefits under 42 U.S.C. Section 402, he must have been receiving half his support from his wife at her time of death. However, the same rule did not apply to women who lost their husbands. Do the gender-based requirements for survivor’s benefits violate the Due Process Clause (acts as a safeguard from arbitrary denial of life, liberty, or property) of the Fifth Amendment?

The decision declared it unconstitutional that a Louisiana statute barred women from serving on juries unless they filed a written declaration of their desire to serve, while men did not have to go through the same procedure.

After his wife died, Wiesenfeld applied for social security benefits for himself and his son, and was told that his son could receive them but that he could not. The Social Security Act provides benefits based on the earnings of a deceased husband and father that are available to both the children and the widow. The benefits for a deceased wife and mother, however, are only available to the children. Doesn’t the gender-based distinction in Social Security benefits violate the Due Process Clause of the Fifth Amendment?

Federal law provided that the wives of members of the military automatically became dependents; husbands of female members of the military, however, were not accepted as dependents unless they were dependent on their wives for over one-half of their salary. Did a federal law, requiring different qualification criteria for male and female military spousal dependency, unconstitutionally discriminate, thereby violating the Fifth Amendment’s Due Process Clause?

Auleena Das is a new member of the TeenZone team and we couldn’t be more excited to have her with us. Look out for her topical articles here online and we’re sure you’ll agree that this first article about her idol RBG packs a punch!