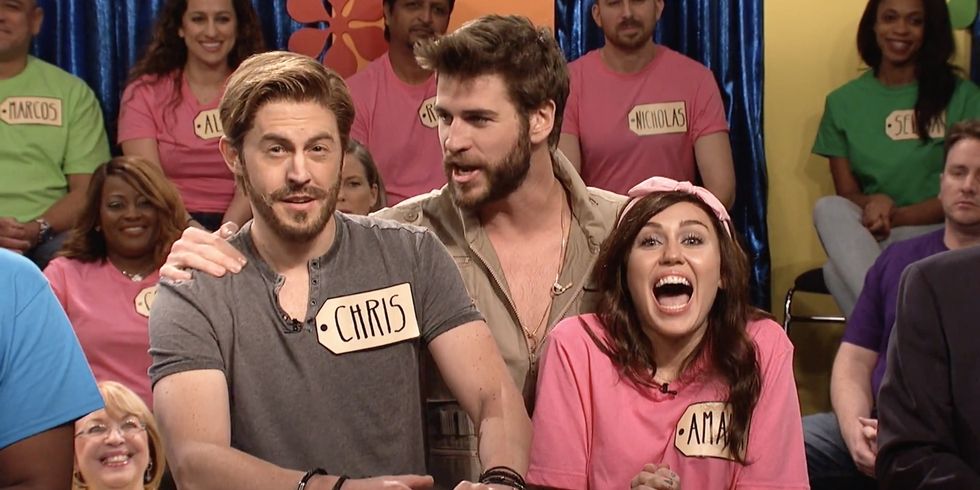 Miley Cyrus‘ appearance on Saturday Night Life this week featured some of her new singles as well as a cameo from her fiance (rumoured husband), Liam Hemsworth. Miley performed her tracks Bad Mood and I Would Die For You. But the feature that brought about the most attention was Liam’s cameo on the skit comedy show.

In the Price Is Right Celebrity Edition, Miley’s was paired up with Chris Hemsworth (played by Alex Moffat ). After telling him how cute he was, she asked, “Do you have a brother?”

Later on, while competing on the show, Chris says he’d like to phone a friend, dismissed Drew’s explanation that that’s not allowed, and brings out his brother, the real Liam. “I ran here as soon as you called, mate,” he says.

Liam then guesses that the washing machine costs “150 crocodile teeth” after Chris tells Drew that in the Australian Outback, “We don’t really use money. We rely on a complex bartering system.” Liam was more than happy to make fun of himself, proving that the couple is still closer than ever and going strong.