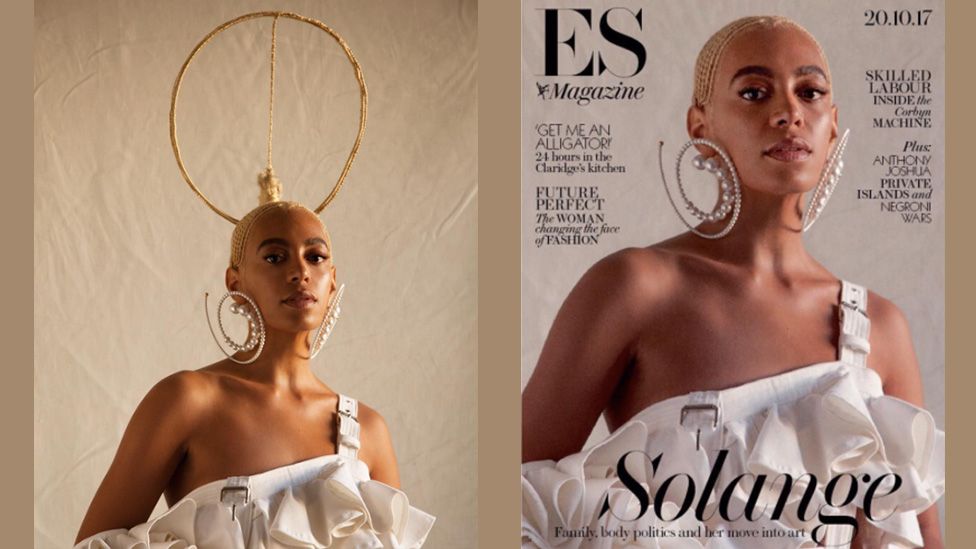 The Evening Standard has apologised to Solange Knowles after it altered her hairstyle on the front cover of its magazine. The magazine posted an article online in which it admits that it made “the wrong call” to edit the photograph and it was done for “layout purposes”. “We have offered our unreserved apologies to Solange,” the article says.

Solange posted an original version of the image on Instagram. She captioned the image with: “dtmh (don’t touch my hair) @eveningstandardmagazine”. Don’t Touch My Hair is the name of a song from Solange’s 2016 album A Seat at the Table.

In a series of Instagram stories – which only last for 24 hours – Solange elaborated on the Evening Standard front cover controversy. In the first screenshot, she highlights where the braids should have been by circling an area above her head. She then posted parts of the interview where she is quoted as saying that braiding is an “act of beauty, an act of convenience and an act of tradition – its own art form”.

The journalist who interviewed Solange, Angelica Jade Bastien, has also criticised the magazine for the article. She told her Twitter followers she was “publicly disowning” the piece as it was a “fiasco despite my efforts”. Solange added: “I told my editors to take my name off of the byline because they distorted my work and reporting in ways that made me very uncomfortable.”