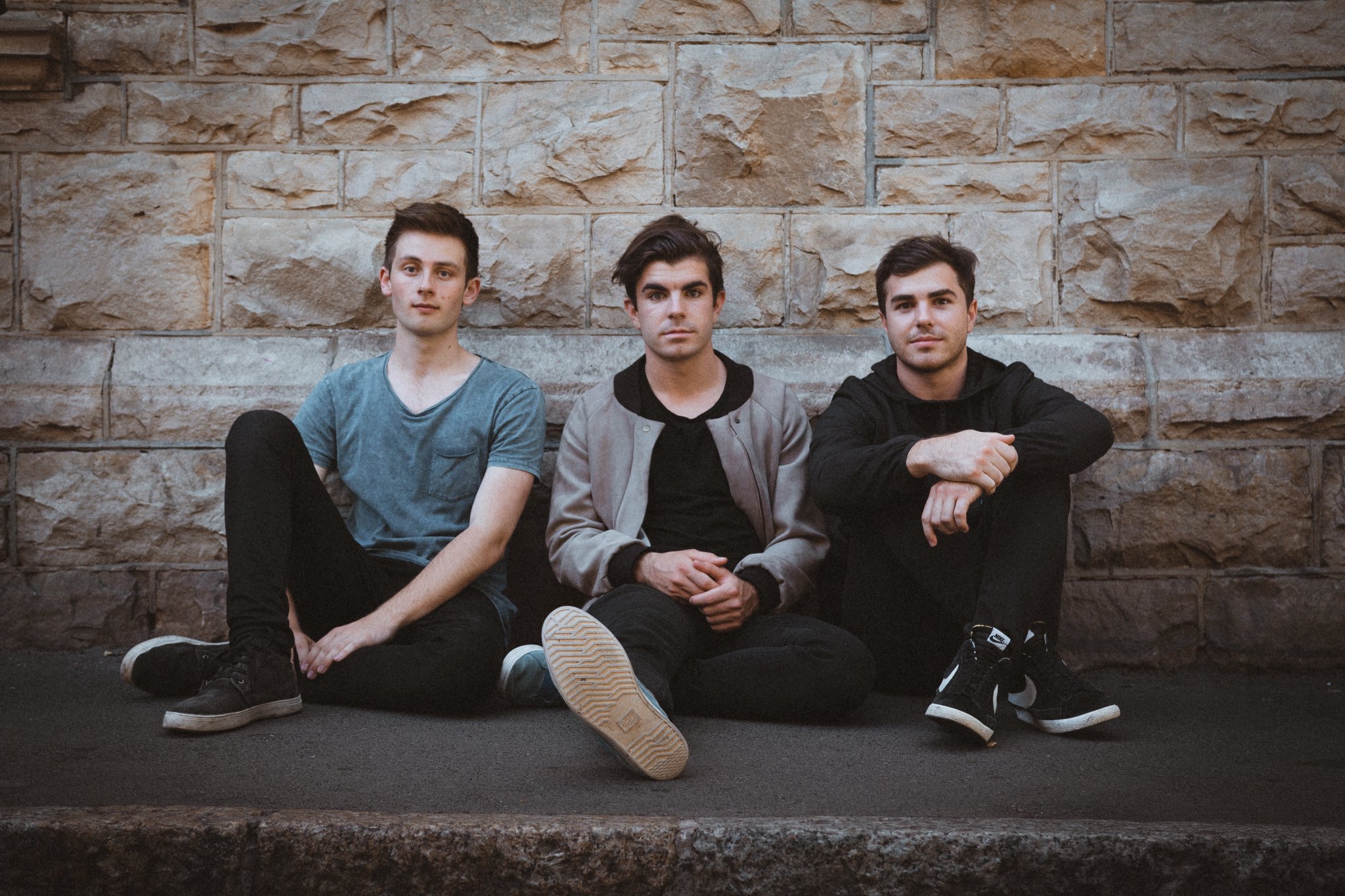 Opposite The Other have dropped their brand new single and music video for ‘Everybody Knows’ today and embark on their first tour of Europe and the UK next month.

Comprised of members Samuel Burger (lead vocals), Robbie Spooner (drums) and Daniel Burger (bass guitar), Opposite The Other are extremely excited to have ‘Everybody Knows’ released as their first single and music video of 2018. The upbeat track is driven by their signature rhythmic piano line and a powering drum groove over the catchy chorus. The song analyses the human condition and how people fall into the cycle of living without real purpose, and whilst everybody knows it, no actions are made to truly change.

The band opted to shoot a live performance video for the single: “We felt it was the right time to capture our live performance style and to shed a bit more light on the three people behind the songs. We honestly had such a great time working with the director Richard Gorven and we’re really happy and proud of the video. Think we gave it all we had to give.”

They couldn’t have picked a better time to drop a live performance video with less than two weeks till they embark on their first Euro Tour on the 6th. The Cape Town-based trio will be touring with Matthew Mole, performing 8 shows across 5 countries (Germany, Switzerland, Netherlands, France and the UK) over a period of just 10 days. An intense tour schedule for their first trip, but the band is eager to hit the road.

“We’re heading to Europe with our good friend, Matt Mole. We’ve played many a show together over the last two years, Rob (our drummer) sessions for him sometimes for shows and we all get to hangout as we now all live in Cape Town,”comments front man, Sam Burger. He elaborates on the tour with Matthew Mole, saying “The tour really came about with us looking to head to Europe and knowing Matt’s been keen to head over for a while. It was really a natural progression with our respective managers working out the details and plans, and us as artists getting excited and trying our best to make some awesome shows happen. We’re purposely going for just two weeks, playing 8 shows across Europe and capturing our journey playing for new and old fans. We’re really looking forward to playing for our Spotify audience for the first time!”

The tour kicks off on February 6th and dates are as follows:

Before heading abroad, local fans can catch Opposite The Other live at the following festivals this weekend:

Stream or download the brand new Opposite The Other single ‘Everybody Knows’ now at http://smarturl.it/iv75q4