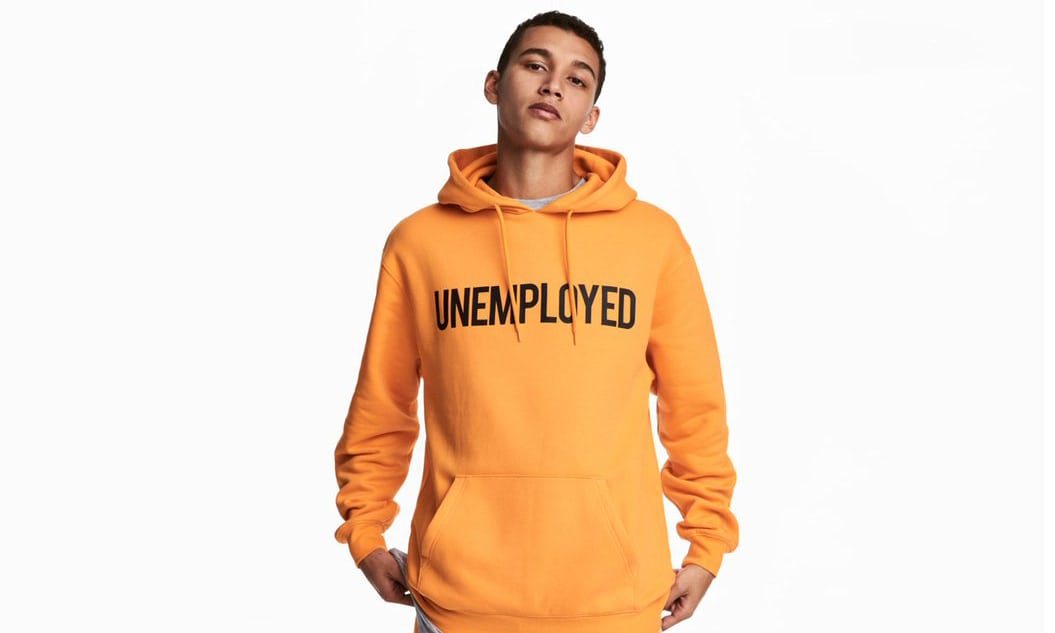 A new micro-trend has hit the fashion world, and its causing some understandable controversy.

Recently a t-shirt with the slogan “working-class” appeared on a website called Own The Look and people were NOT happy. Social media erupted in fury. The company who produced the t-shirt (Compania Fantastica) apologised for the offence caused by the t-shirt, and reported that its inspiration for this particular garment was a ‘downtown’ theme.

However, this product is not the first of its kind. A few months ago H&M sold a bright orange tracksuit with the word “unemployed” across the front. Now they have a hoodie with the word “broke” across it. Wuggle offers a t-shirt with “Council-estate princess” and several brands have used the one-liner from the Bridesmaids film “Help me, I’m Poor”.

Puma went even further and hosted a PR party called ‘House of Hustle’, which was inspired by drug dealing on council estates. A social worker in London wrote to the company to condemn their actions, explaining the damage they were doing in glamourising “exacerbated deprivation and community pain”.

Slogan t-shirts are definitely back in fashion at the moment with all the cool kids sporting one, but is this new trend of words glamorising the subject of poverty-based t-shirt slogans really appropriate? It has certainly caused huge offence, especially when the price of some of the items in these ranges couldn’t be afforded by anyone WITH a job, or in fact four jobs…

Many feel the whole thing is being taken too seriously, and that these garments are simply objections to the capitalist environments in which we live, but for many unemployed or poor people these garments represent exploitation of their situation by the fashion industry. Here at TZ we are all for a good slogan tee, but we definitely won’t be endorsing this new trend, whatever the fashion-houses might say.

FourFiveSeconds – too beautiful.
5SOS are back and better than ever
Advertisement