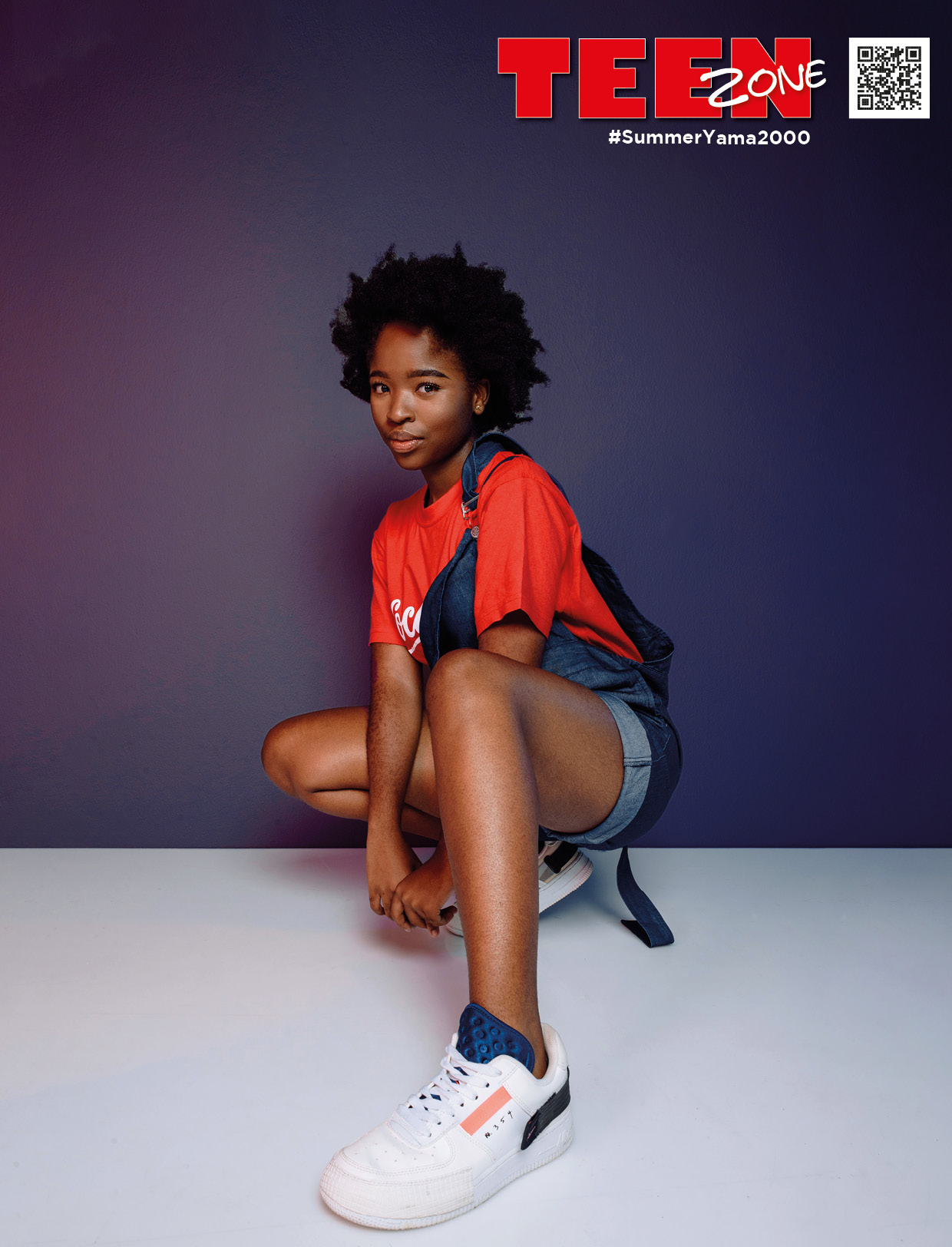 Thuthuka is an actress with bags of personality. She first debuted on our screens on the 25th December 2018 on a show called Uzalo, which plays on SABC 1.

To me, Summer YAMA 2000 is about having fun, responsibly. It’s about enjoying and celebrating your youth with people with the same energy as you.

Have you ever experienced peer pressure? What advice do you have for young people who are under pressure from peers to drink alcohol, when they are too young?

I think everybody has experienced peer pressure in some way. Somehow, in some way, you feel the pressure of doing things to keep up or to fit in. It’s part of the growing process. As you mature you then decide that this isn’t necessarily what you want to be a part of. It’s not your vibe. And that’s okay, and it’s in accepting that, that you fall out of the need to do things to impress people.

Stay true to who you are. Remain authentic. Let every decision you make be a true reflection of what you stand on.

How would you describe your experience working with Coca-Cola?

Working with Coca Cola, for one is a bit of a dream come true. Coca Cola is a household brand. Working with a brand that was such a huge part of my upbringing, a brand that exists in my fondest memories is definitely something that has me pinching myself a little.

What is the story of ‘Thuthuka’. What can you tell us about yourself for those who don’t know you but want to?

Thuthuka is a 21-year-old female. Born, bred and buttered in the bustling city that is Johannesburg. My roots stem from all the way in Durban and that’s the city where I currently reside. I pride myself on being Christian – that’s how I was raised, and how I continue to live. I’m passionate about all things film and television. I studied television directing and writing and currently work as an actress. Initially, it came as a bit of a shock but to get to work in both spheres of making a television show come to life has truly provided me with the ultimate learning experience.

South Africa first got to see you on our screens in 2018, when you debuted for your professional acting career on a show called Uzalo on SABC1. How would you describe the feeling that you had when you first arrived on the set? And then when you first saw yourself on national television?

It was surreal. Like nothing, I can explain. I debuted on the show a day before Christmas so that definitely added to the festive spirit in our home. My first time on set was overwhelming. You’re around all these people that you’re so used to seeing from so far and now they’re here. And it’s all so real.

What inspired you to become an actress? And how did you make your dream a reality?

This is always such a tricky one to answer. Becoming an actress isn’t something I could’ve foreseen. Definitely a plot twist. How it happened is that my agent sent me to an agency and the rest, as they say, is history.

For young people out there who are interested in becoming an actor or actress, what advice would you give?

Stay prepared. Anything is possible. Preparation means constantly working at your craft. Bettering yourself. So that when an opportunity comes, you’re ready. Because believe me – it does.

In your opinion, what makes a great actor?

Somebody who is constantly teachable. Remain open to learning new and better ways to do things. Always be willing to take advice and criticism. Be brave. A lot of what we do requires surrender. For so long as you’re defensive, you’re not vulnerable and you’re not giving yourself fully to the emotion.

You are well known already, at such a young age, as an actress. Are there any other ventures you are interested in branching out into?

I recently registered business so I’m looking into creating my own content. Also, I’m looking to doing more to empower my community.

How would you advise balancing school or studying, with extramural activities to other young people that are perhaps are trying to accomplish something similar to you?

Don’t allow yourself to get distracted. With so much going on, it’s really important that you remain focused.

Where do you see yourself in 5 years time?

Wealthy ???. I want to have worked on an international project. I want my production company to be a household name. I want to have started my foundation – which will help students studying creative degrees with bursaries, ’cause I think there’s isn’t enough financial support for people looking to pursue degrees in the arts. There’s a lot that I can’t go into right now.

Which actresses and actors do you most look up to?

Thuthuka – what words of encouragement do you have for kids that are looking up to you?

To never dim their light. Anything can happen. There are no ceilings. Be brave – what you want exists – in fact, so much more. Also, you’re doing great.