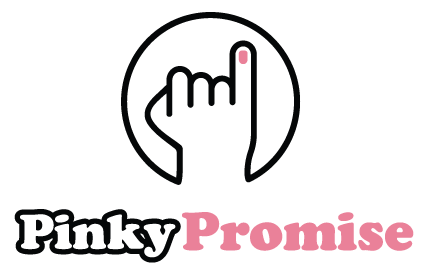 The social climate in South Africa lately, has been disconcerting to say the least and has resulted in several groups of individuals displaying that strength lies in numbers. Ultimately these groups are driving the issues forward, allowing them to be heard and tackled. Within the same sphere of thought the Pinky Promise movement aims to initiate an unbreakable commitment in support of multiple social issues occurring concurrently. Protests are done out of anger and can, all too easily, carry huge amounts of negativity but Pinky Promise has a positive and lasting approach.

The movement is built around the concept of having your pinky finger nail painted in a specific colour to represent your support of a particular cause (such as gender-based violence) with each colour having been assigned to represent a cause. The movement is about creating positive energy and awareness about a cause, and as a vehicle to raise and channel funds to worthy charities. Pinky Promise wants to instill a typically identifiable way of showing one’s support towards a campaign, issue or cause that will live on beyond the peak interval of interest. By targeting a set of issues that are ongoing and potentially life-long, the initiation of the movement will allow for a painted pinky fingernail
to become the norm in showing consistent support – thus emphasising its importance.

Are you man enough?
Pinky Promise wishes to disrupt the mainstream interpretations pertaining to the outward display of nail polish and its gender-based association. Blurring the lines between masculinity and femininity, the movement begs the question – how can the smallest digit on your hand become the most powerful? Let’s support a social campaign that skews societal indicators and that sparks curiosity.

How does it work?
Each participant will donate R20 and have their pinky finger nail painted. The movement’s aim is to have 1M South Africans participate by 16 December 2019. Should you wish to paint your own pinky fingernail, you may make use of the digital payment gateways for ease of donation. Other forms of initiation and donation can be undertaken and made at various Sorbet branches – the official nail polish sponsor – as well as at a selection of nightclubs and bars that have a thriving social atmosphere.

Ask yourself, if I am not for it, am I against it?
The social upheaval pertaining to gender-based violence in the country has flagged a sensitivity and sensibility factor behind the types of movements we engage in. Let’s unite and commit to an initiative that becomes second nature. Let’s unite and stand up for what we believe in. Let’s unite in showcasing how a painted nail turns simplicity in one into complexity in numbers. Let unite as we #pinkypromise.

For more information about the Pinky Promise movement visit the website: www.thepinkypromise.org or the Instagram page: @thepinkypromise_sa